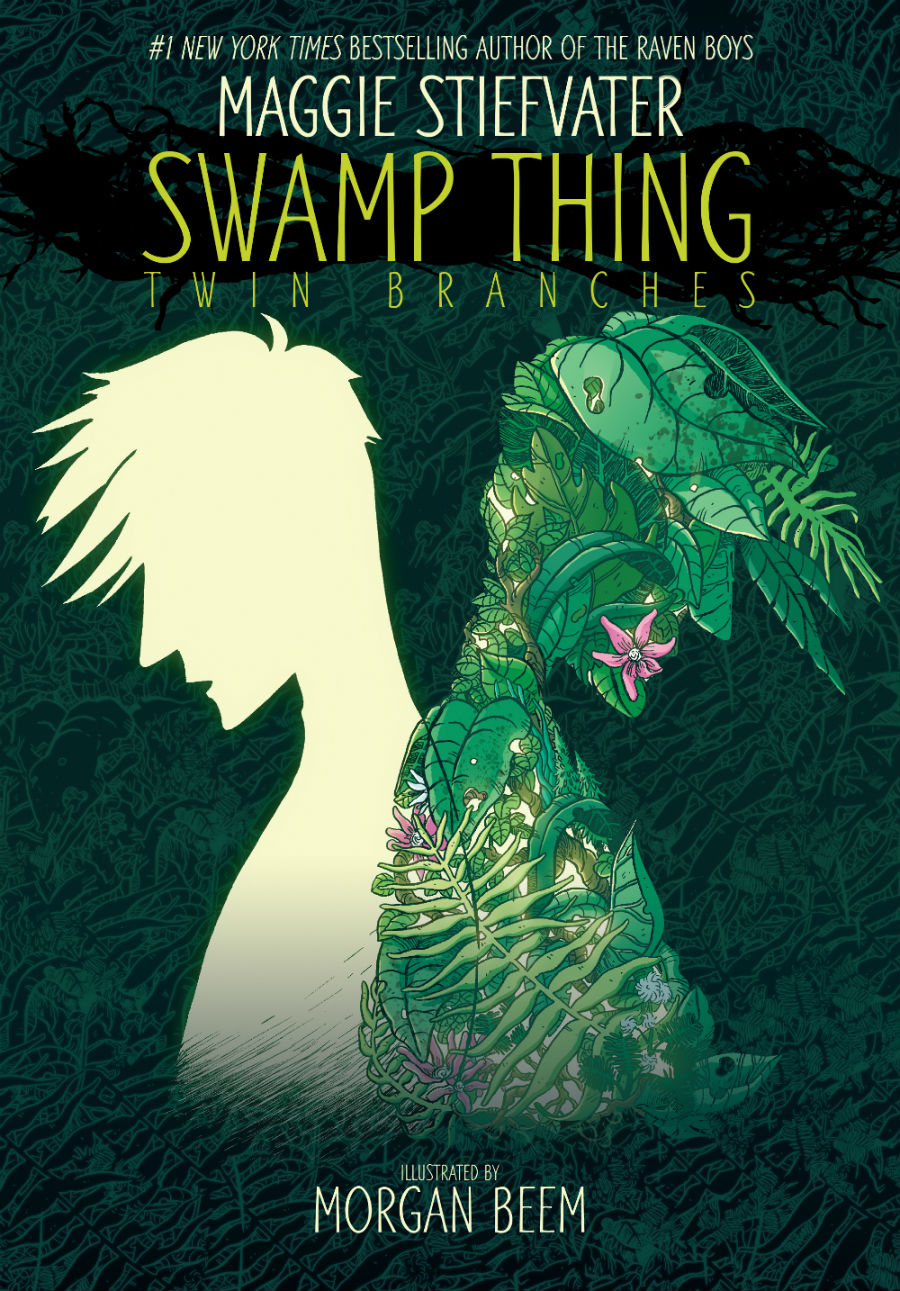 Title: Swamp Thing: Twin Branches
Written by: Maggie Stiefvater
Illustrated by: Morgan Beem
Colors by: Jeremy Lawson
Letters by: Ariana Maher
Published by: DC Comics
Released: October 2020
Source: Review Copy from Publisher / Library Copy from Hoopla
Synopsis: Twins Alec and Walker Holland have a reputation around town. One is quiet and the other is the life of any party, but they are inseparable. For their last summer before college, the two leave the city to live with their rural cousins, where they find that the swamp holds far darker depths than they could have imagined.
While Walker carves their names into the new social scene, Alec recedes into a summer school laboratory, because he brought something from home on their trip—it’s an experiment that will soon consume him. This season, both brothers must confront truths, ancient and familial, and as their lives diverge, tensions increase and dormant memories claw to the surface. (Synopsis from Goodreads)
My Thoughts: I received a free copy for honest review from the publisher. Thank you DC Comics for giving me the chance to read this one early.
This was weird. I am probably at a disadvantage because I know next to nothing about Swamp Thing. I don't know the backstory, the current story, nothing. I really didn't know what I was going into.
So this story has twins, Alec and Walker Holland, who are sent to stay with their aunt and cousins for the summer. Walker is Mr. Popular, he can make friends anywhere. He likes to party and live life. Alec is an introvert and a scientist. He's obsessed with his research regarding plant feelings. Walker tries to pull Alec out of his shell, to have some fun.
I don't know how I feel about Alec. As a fellow introvert, I can definitely sympathize, but he seemed to take things to the extreme. It was like he didn't try. I just felt kind of distant from his character.
There was also a lot of science plant stuff in here which I didn't always understand, or found the most fun.
There was a lot of weirdness in this story and I don't know if it was good weird. It was kind of like, what's going on? And just to put it out there, I would side with Alec's cousins about what happened to the dogs. You don't mess with dogs. Alec could have shown a lot more sympathy about that.
The art was okay. It was its own style, which I didn't hate. The colors were good too.
The ending was very weird, almost off the rails strange. It probably wouldn't have come as much of a shock if I actually knew things about Swamp Thing. That was probably my number one problem.
This comic was strange, weird, and I'm not sure I loved it. I should have had more Swamp Thing knowledge before I read this.
BOOKCITEMENT LEVEL 3/5
Weird.
Posted by ashleysgotbookcitement at 8:00 AM