I'm really excited to be a part of the Blog Tour for The Innocent's Forgotten Wedding by Lynne Graham. I received a free copy for honest review. Thanks so much to Harlequin Presents and Lynne Graham for letting me be a part of this fun tour. 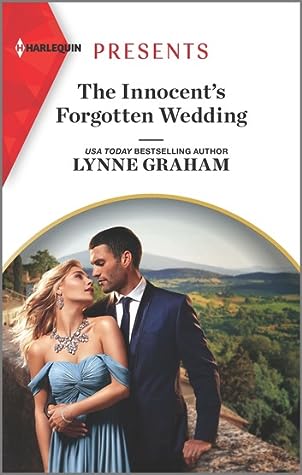 Synopsis: The Italian husband she can’t remember
…or resist!After a terrible car crash, Brooke can’t remember her own name—much less her wedding day! Finding irresistible Lorenzo Tassini at her bedside—and a gold band on her finger—is shocking.Honor-bound to care for his estranged wife, Lorenzo whisks her to his luxury Tuscan villa. But Brooke’s nothing like Lorenzo remembers! Her sweetness surprises him, as does the chemistry between them, blazing like never before. Stunned to discover her virginity, Lorenzo must uncover the secrets of the woman wearing his ring… (Synopsis from Goodreads)

My Thoughts: This story was quite a ride. It had some major twists that weren't what I was expecting. I really enjoyed it though. I loved the whole memory loss thing, the luxurious Tuscan Villa, and the whole thought of rediscovering someone you thought you already knew or did you??
I had a lot of fun with this story. It was a really fun one to just lose myself in.
I liked the couple, Brooke and Lorenzo. I'm not sure how I feel about the sister thing that's going on. It definitely gave me a shock.
The romance was good. They had some great chemistry and steam. I did enjoy it.
I had fun with this one. It was a good time to read and it took my mind off the world for a while. If you like romance and this one sounds good to you, I'd definitely say give it a read. 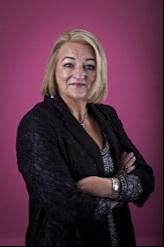 Lynne Graham was born on July 30, 1956 of Irish-Scottish parentage. She has lived in Northern Ireland all her life. She grew up in a seaside village with her brother. She learnt to read at the age of 3, and hasn't stopped since then.Lynne first met her husband when she was 14. At 15, she wrote her first book, but it was rejected everywhere. Lynne married after she completed a degree at Edinburgh University. She started writing again when she was at home with her first child. It took several attempts before she sold her first book in 1987 and the delight of seeing that first book for sale in the local newsagents has never been forgotten. Now, there are over 10 million of her books in print worldwide.Lynne always wanted a large family and has five children. Her eldest and her only natural child is 19 and currently at university. Her other four children, who are every bit as dear to her heart, are adopted. She has two 9-year-olds adopted from Sri Lanka and a 5- and a 3-year-old adopted from Guatemala. In Lynne's home, there is a rich and diverse cultural mix, which adds a whole extra dimension of interest and discovery to family life. The family lives in a country house surrounded by a woodland garden, which is wonderfully private. The family has two pets. Thomas, a very large and affectionate black cat, bosses the dog and hunts rabbits. The dog is Daisy,an adorable but not very bright white West Highland terrier, who loves being chased by the cat. At night, dog and cat sleep together in front of the kitchen stove. Lynne loves gardening, cooking, collects everything from old toys to rock specimens and is crazy about every aspect of Christmas.

Thanks so much for stopping by my Blog Tour Stop for The Innocent's Forgotten Wedding by Lynne Graham. If you're looking for a book to lose yourself in and just have a good time, I'd definitely say give this a shot. Thanks so much to Harlequin Presents and Lynne Graham for letting me be a part of this fun tour.
Posted by ashleysgotbookcitement at 8:00 AM