Check out my stop on the blog tour for Fractures by Alice Reeds from Entangled Teen! 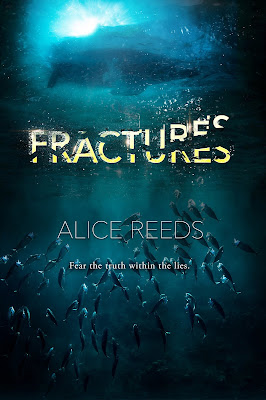 They survived a plane crash.

They survived life on a deserted island.

They survived being hunted.

Now they must survive the truth—they are not who they think they are.

One minute they’re in Poland, subjected to gruesome tests they keep failing. No friends to support them. No family to claim them. No hope of ever living a normal life again.

Then suddenly, they’re trapped on an abandoned freighter in the middle of the ocean and forced to fight for survival. No food. No drinkable water. No way to get home. And strange memories of another life they don’t understand.
But how can they be living two separate lives, trapped in two separate places, at the same time? They’ll have to find the connection and uncover secrets that someone went to great lengths to keep hidden...if they’re going to survive long enough to find out who is behind it all.

Purchase links can be found HERE!

My Thoughts: I really enjoyed the first book, Echoes, when I read it and was anxiously awaiting to see how the story would continue in Fractures. I'm happy to say that it didn't disappoint. I don't feel like there's a lot I can say about this story because I don't want to spoil anything. I definitely recommend you give the first book a read.
We have a new setting in Fractures, and while I definitely miss the island, I was still intrigued by this new place.
We also get the story told from a new POV in this one, Miles. I enjoyed his voice in the story.
There was so much mystery and suspense in Echoes, and that definitely continues on in Fractures. I had no idea where things were going to go next. I couldn't wait to see what was going to happen.
Fractures is a great continuation to the story started in Echoes. I'd definitely recommend giving it a read. It is one wild ride.
Thanks so much to Entangled Teen, YA Bound Book Tours, and Alice Reeds for letting me be a part of this fun tour. I received a free e-copy for honest review.

Previous Book in the Series (click on image for the link to Goodreads): 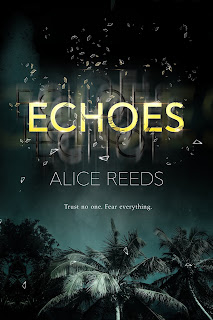 First, we were told we were going to LA, then that we were going home. But California didn’t look like this, and neither did Florida.
“Where the fuck are we?” Fiona asked next to me, her voice wavering. In classic Fiona style, she was trying to put up a tough front, but I knew better. She was scared. And slowly but surely, so was I.
“I don’t know,” I said again, just as unhelpful this time as before. How could I know anything more than she did—and yet my cluelessness still felt like another of my shortcomings, another sign of failure.
Hating this feeling of helplessness, this complete loss of control, I tried to focus on sorting out where we might be. The letters PL were on all the license plates, I’d noticed. Did that stand for a country, and if so, which one?
Winding streets led us through an even denser forest and up some kind of mountain or hill, the turns getting sharper, more precarious, until we took a right onto a smaller, private-looking road. Asphalt gave way to gravel and then a big dark metal fence rose before us with a giant gate decorated with spikes and iron vines and roses. Just to the left of it was a security booth, the door opening as we drew closer. In a way it reminded me of home, the gated community my house was in. But the similarities stopped there.
A middle-aged man with thinning hair, wearing an impeccably clean uniform—white dress shirt, navy tie, and black pants, with polished shoes—stepped out of the booth and walked toward our car. We came to a halt before the gate, the driver lowering his window and greeting the security man in a language I couldn’t understand. It sounded Russian, or something similar, like a slightly whispered rustling, words full of sh and ch sounds with a rough edge to them.
“Welcome back home, Oscar and Kellie,” the security guard said with a smile toward us, in flawless English. Why is he using our new names? “It’s good to see you two again; you were gone a bit longer than expected, weren’t you? Well I’m glad you’re okay and made it back, so I won’t hold you up too long. Surely you’re tired and want to go inside and relax.”
Fiona and I just stared at him, which didn’t seem to bother him. He walked back to his booth casually as if all of this was normal. But nothing he’d said made sense.
Soundlessly the metal gate began to swing inward, the driver closing his window before setting the car back into motion.
“Miles…” Fiona said, gripping my hand. She didn’t finish, and I didn’t need her to.
“I’m here,” I told her. Because this much I knew: “Whatever this is, we’re facing it together.” 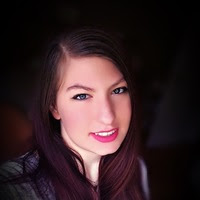 About the Author
Alice Reeds was born in a small town in Germany but spent her first eight years in Florida, USA. Later on, she moved back to Europe, where her family moved around a lot. She was raised trilingual and has a basic understanding of Russian, read and spoken. After getting her International Baccalaureate Diploma, Alice is studying English Language and Literature at University. In her free time Alice mostly writes, reads, figure and/or roller skates, or watches countless let's plays and figure skating videos.
Author Links:
Website - https://www.alicereeds.com/
Goodreads - https://www.goodreads.com/author/show/7314291.Alice_Reeds
Twitter - http://www.twitter.com/Alice_Reeds