I'm excited to be a part of the Blog Tour for Prairie Fever by Michael Parker. I was sent a free copy for honest review from the publisher. Thanks so much to Algonquin Books and Michael Parker for having me as part of the tour. 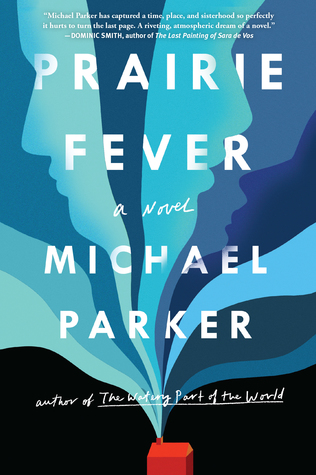 Synopsis:  "Michael Parker has captured a time, place, and sisterhood so perfectly it hurts to turn the last page. A riveting, atmospheric dream of a novel.” --Dominic Smith, author of The Last Painting of Sara de Vos
Set in the hardscrabble landscape of early 1900s Oklahoma, but timeless in its sensibility, Prairie Fever traces the intense dynamic between the Stewart sisters: the pragmatic Lorena and the chimerical Elise. The two are bound together not only by their isolation on the prairie but also by their deep emotional reliance on each other. That connection supersedes all else until the arrival of Gus McQueen.
When Gus arrives in Lone Wolf, Oklahoma, as a first time teacher, his inexperience is challenged by the wit and ingenuity of the Stewart sisters. Then one impulsive decision and a cataclysmic blizzard trap Elise and her horse on the prairie and forever change the balance of everything between the sisters, and with Gus McQueen. With honesty and poetic intensity and the deadpan humor of Paulette Jiles and Charles Portis, Parker reminds us of the consequences of our choices. Expansive and intimate, this novel tells the story of characters tested as much by life on the prairie as they are by their own churning hearts. (Synopsis from Goodreads)

My Thoughts: This is a story of atmosphere and strong women, sisters. It really transports the reader to a landscape that can be harsh, but also beautiful. It's a story about relationships, what can make them stronger, and what can make them weaker.
Michael Parker has a different kind of writing style that at first can seem a little jarring, but the more you read, the more you get immersed in the story. My reader experience was the more I read, the more into it I got.
I really liked the characterizations of Elise and Lorena Stewart. They each had their own strengths and weaknesses. This is their story as well as the man that caught both of their eyes.
Prairie Fever was just a very atmospheric story to read. I liked it. 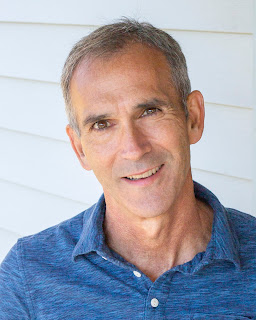 MICHAEL PARKER is the author of five novels – Hello Down There, Towns Without Rivers, Virginia Lovers, If You Want Me To Stay, The Watery Part of the World and two collections of stories, The Geographical Cure and Don’t Make Me Stop Now. His fiction and nonfiction have appeared in various journals including Five Points, the Georgia Review, The Idaho Review, the Washington Post, the New York Times Magazine, Oxford American, Shenandoah, The Black Warrior Review, Trail Runner and Runner’s World. He has received fellowships in fiction from the North Carolina Arts Council and the National Endowment for the Arts, as well as the Hobson Award for Arts and Letters, and the North Carolina Award for Literature. His work has been anthologized in the Pushcart, New Stories from the South and O. Henry Prize Stories anthologies. A graduate of UNC-Chapel Hill and the University of Virginia, he is a Professor in the MFA Writing Program at the University of North Carolina at Greensboro. His website is www.michaelfparker.com

Thank you for stopping by my Blog Tour Stop for Prairie Fever by Michael Parker. Thanks so much to Algonquin Books and Michael Parker for letting me be a part of the tour. If this one sounds good to you, I'd definitely recommend giving it a read.
Posted by ashleysgotbookcitement at 8:00 AM