BLOG TOUR: Lobizona (Wolves of No World #1) by Romina Garber

I am beyond excited to be a part of the Blog Tour for Lobizona by Romina Garber!! As soon as I set eyes on this cover, I knew I had to read it. I received a free electronic copy for honest review from the publisher. Thanks so much to Wednesday Books and Romina Garber for letting me be a part of this magical tour.

Title: Lobizona (Wolves of No World #1)
Author: Romina Garber
Published by: Wednesday Books
Released: August 4, 2020
Source: Review Copy from Publisher
Goodreads   Amazon
Synopsis: Some people ARE illegal.
Lobizonas do NOT exist.Both of these statements are false.Manuela Azul has been crammed into an existence that feels too small for her. As an undocumented immigrant who's on the run from her father's Argentine crime-family, Manu is confined to a small apartment and a small life in Miami, Florida.Until Manu's protective bubble is shattered.Her surrogate grandmother is attacked, lifelong lies are exposed, and her mother is arrested by ICE. Without a home, without answers, and finally without shackles, Manu investigates the only clue she has about her past--a mysterious "Z" emblem—which leads her to a secret world buried within our own. A world connected to her dead father and his criminal past. A world straight out of Argentine folklore, where the seventh consecutive daughter is born a bruja and the seventh consecutive son is a lobizón, a werewolf. A world where her unusual eyes allow her to belong.As Manu uncovers her own story and traces her real heritage all the way back to a cursed city in Argentina, she learns it's not just her U.S. residency that's illegal. . . .it's her entire existence. (Synopsis from Goodreads )
My Thoughts: This is a book that mixes magic with real world issues. It's very powerful. It illustrates the fear of being an illegal immigrant, looking over your shoulder every day thinking today could be the day they take you away. It was very hard reading this story, but also very important.
This is a book that takes its time to show you the way. Some could complain that it's a bit slow, but I enjoyed every moment. It's a slow burn of a story. I was always invested, waiting to see what twist, turn, or revelation would be offered to me next.
Lobizona is a beautiful story. I really enjoyed the way it was written. I also really enjoyed discovering the magic and the secrets of Manuela. I just really enjoyed reading her journey.
This beautiful book contains a great story inside its pages. I'd definitely recommend getting your hands on a copy. I'm very excited to see where the series goes next. 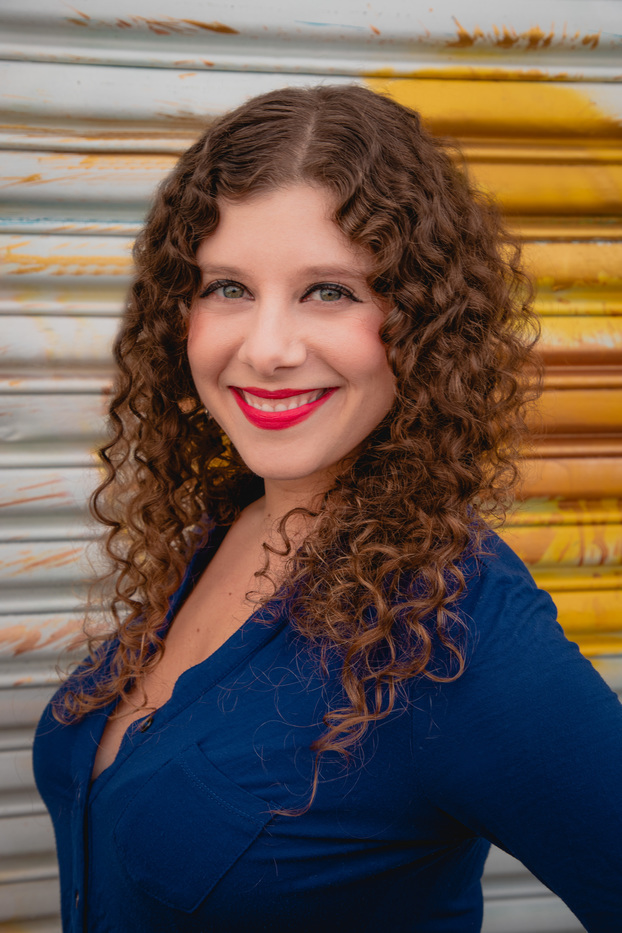 ROMINA GARBER (pen name Romina Russell) is a New York Times and international bestselling author. Originally from Argentina, she landed her first writing gig as a teen―a weekly column for the Miami Herald that was later nationally syndicated―and she hasn’t stopped writing since. Her books include Lobizona and the Zodiac quartet. When she’s not working on a novel, Romina can be found producing movie trailers, taking photographs, or daydreaming about buying a new drum set. She is a graduate of Harvard College and a Virgo to the core.
Thank you for stopping by my Blog Tour Stop for Lobizona by Romina Garber. Thanks so much to Wednesday Books (who are one of my favorite publishing imprints, and I'm not just saying that because they were nice to me and let me read this one. They always come out with books that I can't wait to read.) and Romina Garber for letting me be a part of this tour. I'd definitely recommend picking this one up. That cover will look beautiful on your shelves.
Posted by ashleysgotbookcitement at 8:00 AM