BLOG TOUR: With Or Without You by Caroline Leavitt 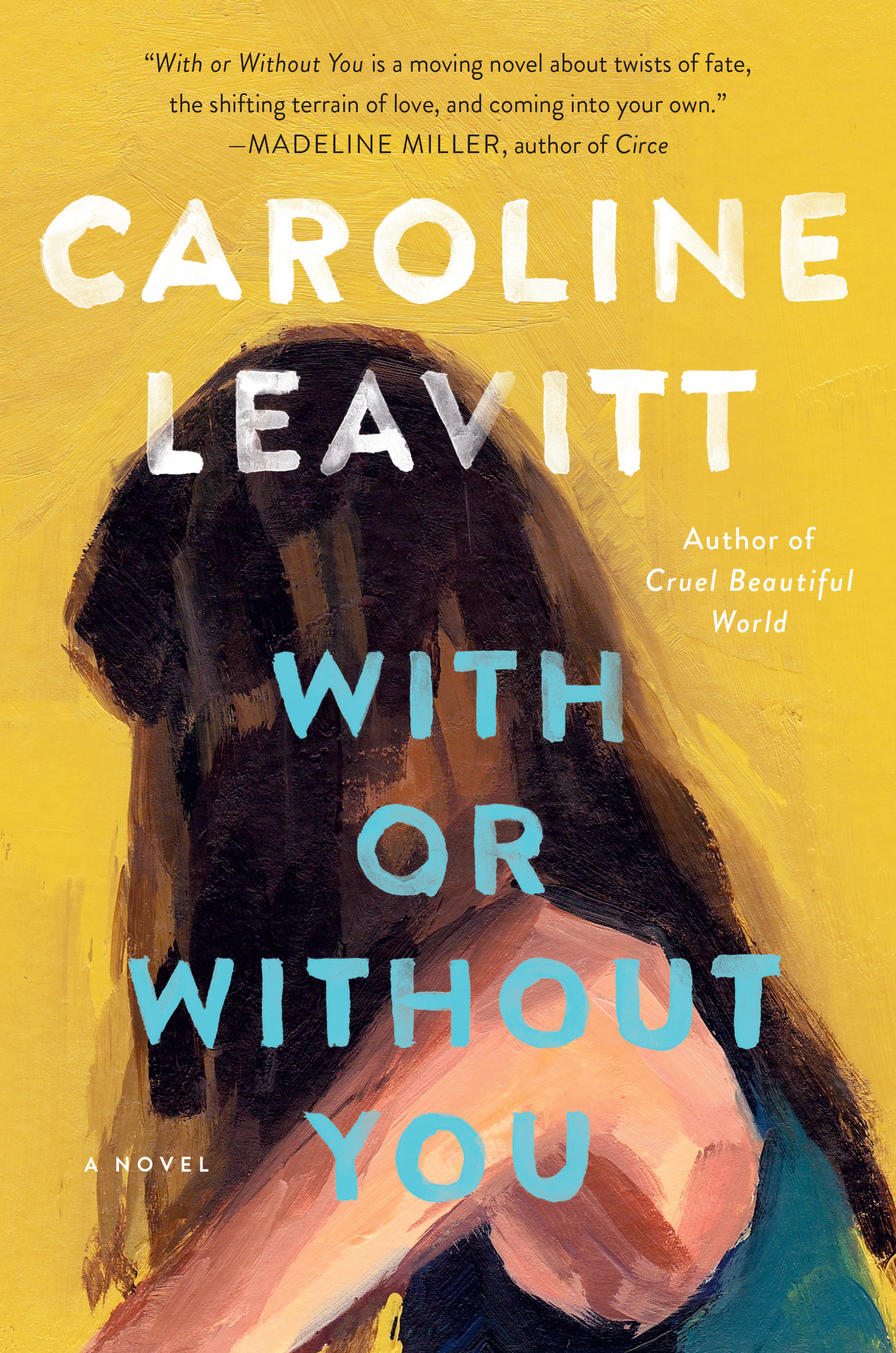 Title: With Or Without You
Author: Caroline Leavitt
Published by: Algonquin Books
Released: August 4, 2020
Source: Review Copy from the Publisher
Goodreads   Amazon

Synopsis: “With or Without You is a moving novel about twists of fate, the shifting terrain of love, and coming into your own. With tenderness and incisive insight, Leavitt spotlights a woman's unexpected journey towards her art.” —Madeline Miller, author of Circe
After almost twenty years together, Stella and Simon are starting to run into problems. An up-and-coming rock musician when they first met, Simon has been clinging to dreams of fame even as the possibility of it has grown dimmer, and now that his band might finally be on the brink again, he wants to go on the road, leaving Stella behind. But when she falls into a coma on the eve of his departure, he has to make a choice between stardom and his wife—and when she wakes a different person, with an incredible artistic talent of her own, the two of them must examine what it is that they really want.
Unapologetically honest and intimately written, With or Without You is a contemporary story of what happens to relationships as the people in them change, whether slowly or in one cataclysmic swoop.  (Synopsis from Goodreads)

My Thoughts: This was a novel full of curveballs. This is the story of a relationship and how time molds and shapes it. This is about two people that love each other, but make choices that can put that relationship into jeopardy. It was a very beautifully written book detailing a relationship with ups and downs.
Stella and Simon were very interesting characters to follow. Simon is still clinging to this dream of rockstar superstardom. It passed him by the first time, but he's been holding out hope for 20 years. Now, there's a chance that people will be chanting his name in the stage stadium again. Simon needed to grow up, in my opinion. 20 years is a long time to hold onto a dream that might never happen. Stella has been with Simon all this time and it sometimes feels like he doesn't respect her the way that he should. Stella would like to get married and start a family, which Simon doesn't seem to want at the moment. I think 20 years is too long to wait for a guy that doesn't want to commit all the way. I would have left a long time ago, but Stella loves him.
Then Stella falls in a coma and wakes up with a talent of her own. It's definitely a surprise for Simon.
I thought this was a very interesting story. It was well written. It has such a unique atmosphere. I really liked this.

Caroline Leavitt is the award-winning author of twelve novels, including the New York Times bestsellers Pictures of You and Is This Tomorrow. Her essays and stories have been included in New York magazine, Psychology Today, More, Parenting, Redbook, and Salon. She’s a book critic for People, the Boston Globe, and the San Francisco Chronicle, and she teaches writing online at Stanford and UCLA.