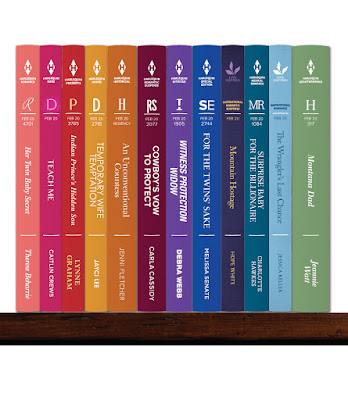 I'm really excited to be a part of the Blog Tour for Witness Protection Widow by Debra Webb. Thanks so much to Harlequin Intrigue and Debra Webb for letting me be a part of this fun tour. I received a free copy for honest review.

Synopsis: Can the witness protection program keep her identity secret?
After Allison James finally escapes her marriage to a monster, she becomes the star witness in the case against her deceased husband’s powerful crime family. Now it’s up to US Marshal Jaxson Stevens, Ali’s ex-boyfriend, to keep the WITSEC widow safe. But as the danger escalates and sparks fly, will Jax be able to help Ali escape her ruthless in-laws? (Synopsis from Goodreads)

My Thoughts: This was a lot of fun! I don't read books like this all the time, but sometimes I just need them. I need that intrigue and romance, and Witness Protection Widow gave that to me. It had danger, suspense, and two characters finding their way back to each other. It was a book that really hit that sweet spot.
I didn't know when I picked this up that it was the fifth book in a series. I was able to read it just fine and I didn't feel lost when it came to characters or the story.
I really liked the romance. There's just something about second chance love, especially when it also coincides with two characters being stuck together in a life or death situation. The steam was on point.
I really enjoyed this. It was fun. If you need a little romantic intrigue in your life, I'd definitely suggest picking this up. It's also a really quick read too. 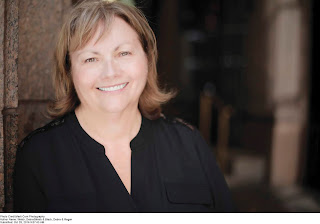 DEBRA WEBB is the USA Today bestselling author of more than 150 novels, including reader favorites the Shades of Death, the Faces of Evil and the Colby Agency series. She is the recipient of the prestigious Romantic Times Career Achievement Award for Romantic Suspense as well as numerous Reviewers Choice Awards. In 2012 Debra was honored as the first recipient of the esteemed L. A. Banks Warrior Woman Award for her courage, strength, and grace in the face of adversity. Recently Debra was awarded the distinguished Centennial Award for having achieved publication of her 100th novel. With more than four million books in print in numerous languages and countries, Debra’s love of storytelling goes back to her childhood when her mother bought her an old typewriter in a tag sale. Born in Alabama, Debra grew up on a farm. She spent every available hour exploring the world around her and creating her stories. She wrote her first story at age nine and her first romance at thirteen. It wasn’t until she spent three years working for the Commanding General of the US Army in Berlin behind the Iron Curtain and a five-year stint in NASA’s Shuttle Program that she realized her true calling. A collision course between suspense and romance was set. Since then she has expanded her work into some of the darkest places the human psyche dares to go. Visit Debra atwww.debrawebb.com.

Thank you for stopping by my Blog Tour Stop for Witness Protection Widow by Debra Webb. Thanks so much to Harlequin Intrigue and Debra Webb for letting me be a part of it!
Posted by ashleysgotbookcitement at 8:00 AM