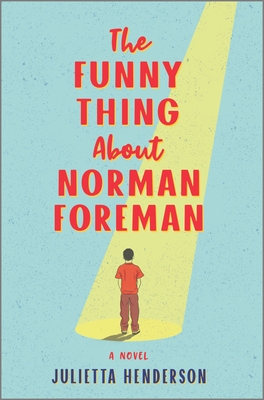 Title: The Funny Thing About Norman Foreman
Author: Julietta Henderson
Published by: MIRA
Released: April 13, 2021
Source: Electronic Review Copy from Publisher
Goodreads     Amazon
Synopsis: A triumphant and touching debut about the unlikeliest superstar you’ll ever meet.
Twelve-year-old Norman Foreman and his best friend, Jax, are a legendary comedic duo in waiting, with a plan to take their act all the way to the Edinburgh Fringe. But when Jax dies, Norman decides the only fitting tribute is to perform at the festival himself. The problem is, Norman’s not the funny one. Jax was.
There’s also another, far more colossal objective on Norman’s new plan that his single mom, Sadie, wasn’t ready for: he wants to find the father he’s never known. Determined to put a smile back on her boy’s face, Sadie resolves to face up to her own messy past, get Norman to the Fringe and help track down a man whose identity is a mystery, even to her.
Julietta Henderson’s delightfully charming, tender and uplifting debut takes us on a road trip with a mother and son who will live in the reader’s heart for a long time to come, and teaches us that—no matter the odds—we must always reach for the stars. (Synopsis from Goodreads)
My Thoughts: This was a really sweet and heartwarming tale. I really enjoyed it. There were sad parts, happy parts, and uplifting parts. It was a great first novel from Julietta Henderson.
Norman lost his best friend Jax, which is a real punch for the characters as well as the reader. To be a kid dealing with this kind of grief is tough. Norman wants to do what Jax and him had planned, to take their act to the Edinburgh Fringe. It becomes a way to honor and keep Jax's memory. It also gives Norman something to focus on.
Sadie was such a sweet mother for going along with Norman's plan. She can see he's having a hard time and she just wants to make him happy again. Their roadtrip was a lot of fun and a great bonding time.
Norman also wants to find his father, who he's never met or known. That's a bit of a complication for Sadie.
There are just some great characters in this story. It was such a moving, sweet, and fun book to read. It deals with grief, but it also deals with life. It's a great debut. I'm happy I got to read it. 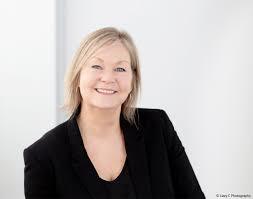