I don't really have that much to say about this one yet, because I've really only just started it. I think this is an evil queen origin story, which I am so excited for! I don't know which Evil Queen it's supposed to be though. And I think it's set in China, or an East Asian Country. The pronunciations of the names is probably going to cause me some pain, but it does give you a guide of how to say them. Knowing me though, I just going to pronounce them however they make sense to me.

So yeah, that's what I'm Reading Right Now! What are you reading?

Posted by ashleysgotbookcitement at 8:00 AM No comments:

BLOG TOUR: The Lights of Time (#1) by Paul Ian Cross

I'm really excited to be on the Blog Tour for The Lights of Time by Paul Ian Cross. I was sent a copy for honest review. Thank you so much to Rachel's Random Resources and Paul Ian Cross for letting me be a part of this fun tour. 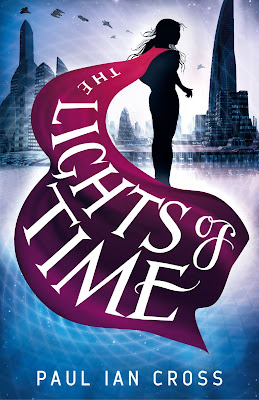 Synopsis: Engella Rhys is alone, adrift and on the run. Pursued by a secret agency, known only as the Hunters, she must stay ahead to stay alive.

As she travels through space-time using dangerously experimental technology, she only has one wish: to be reunited with her lost parents. After a close shave with a Hunter on the streets of New Shanghai, Engella escapes to find herself on a deserted beach. When she meets a kind stranger, who offers her food and shelter, Engella feels safe and protected for the first time in years.

But who is this woman? And why did their paths cross at the most convenient of times?

Engella soon discovers their lives are intertwined in more ways than she could ever imagine.

My Thoughts: Thanks so much to Rachel's Random Resources and Paul Ian Cross for giving me the chance to read this for honest review. I thought The Lights of Time was fantastic! It's the first book in a new Middle Grade Series. It's got time travel, it's got action, and it has a girl named Engella who is on the run from Hunters. It was a lot of fun to read. I think Middle Graders will love it, and it worked for me as an adult reader too.
I love books about Time Travel, so I loved seeing it incorporated in The Lights of Time. It was a breathless ride of Engella having to stay one step ahead of the hunters and having to jump to different times to do that.
I really enjoyed the writing style. I was hooked to the story.
The Lights of Time was a whole lot of fun to read and I'd definitely recommend picking it up. If you like time travel and action, then this is the book for you. 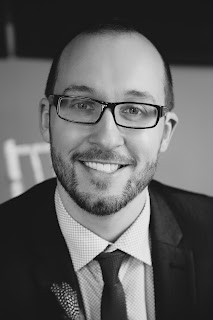 Paul Ian Cross is a multi-award-winning children’s author and scientist from London, UK.

Paul works in clinical research (developing new medicines) and he’s also involved in science communication; presenting science to non-scientists. He enjoys his science career but he also has a real passion for writing stories! He likes introducing children to the wonders of science, especially reluctant readers. By introducing science creatively, he aims to spark their interest; allowing them to gain confidence with their reading. As a previous reluctant reader himself, he understands how hard it can be. But it’s all about making reading fun and interesting!

Paul’s nephew Hayden influenced his decision to become a writer. He loved seeing Hayden’s reaction when his sister Michelle first read one of Paul’s stories to him!

In his spare time, Paul likes to visit new and exciting places. One of his favourite places is Scotland, especially the Isle of Skye.

Paul’s second book, Planet Scrabbage and the Vegerons, won an honourable mention in both the ‘Picture Books 6 and Over’ and ‘Health’ categories at the Purple Dragonfly Book Awards 2018.

And that brings us to now... Paul is currently working on several new books. Paul’s debut upper middle grade novel will be published in 2018. The Lights of Time is the first novel in a brand-new series: The Chronicles of Engella Rhys.

Paul hopes you enjoy reading his stories as much as he enjoyed writing them!

Thank you so much for stopping by my Blog Tour stop for The Lights of Time. And once again, thanks to Ian Paul Cross and Rachel's Random Resources for letting me be a part of it.

Giveaway for UK Residents only

a Rafflecopter giveaway
Posted by ashleysgotbookcitement at 8:00 AM No comments: 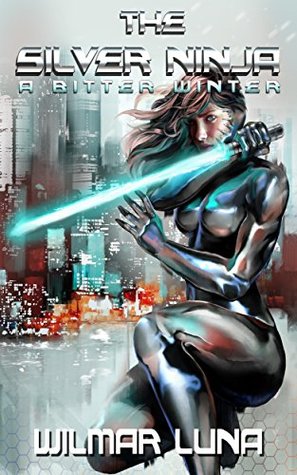 Synopsis: A disgraced cop takes matters into her own hands when the murderer who killed her partner comes after her family. To stop him, Cindy Ames fuses with a prototype suit and transforms herself into a superhero.
But the suit has a mind of its own and is determined to execute its hidden agenda.The puppet has become the master, and the hero has become the monster.Super powers can save a city but break a hero.A Bitter Winter is book 1 of The Silver Ninja series. (Synopsis from Goodreads)
My Thoughts: I would like to thank Wilmar Luna for reaching out and asking me to give A Bitter Winter a read. It looked like a book that I would definitely enjoy. All thoughts and opinions on A Bitter Winter are 100% honest and 100% my own.
I enjoyed this quite a lot! I love superhero stories. I love powers, fights, villains, action, just all of it. A Bitter Winter really served as an origin story for our main character superhero Cindy. I really enjoyed following her story, her struggles.
I really enjoyed the concept for this book. It kept me very entertained, racing to the end so I could find out everything that was going to happen. I loved the action of the story, it was very fast-paced and fun.
I just really enjoyed A Bitter Winter. If Superheroes, Supersuits are your thing, I'd definitely recommend giving it a read.
Thanks again to Wilmar Luna for offering A Bitter Winter to me for honest review. It's a good one.
Posted by ashleysgotbookcitement at 8:00 AM No comments:

This Release is Fresh, Fresh!
This book was previously published as an e-book and is now getting a brand new print edition. I also have an excerpt from it. Thanks so much to St. Martin's Press for providing me with the new cover and excerpt. So... Check it Out! 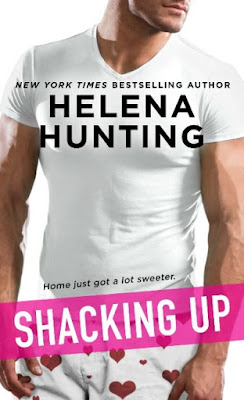 And that's my Fresh, Fresh Releases for this week. I know I missed some. Tell me what books you're excited for.

Posted by ashleysgotbookcitement at 8:00 AM No comments: