I am really excited to be a part of the Blog Tour for Walls by L.M. Elliott. I received a free copy for honest review from the publisher. Thanks so much to Algonquin Young Readers and L.M. Elliott for letting me be a part of this tour! 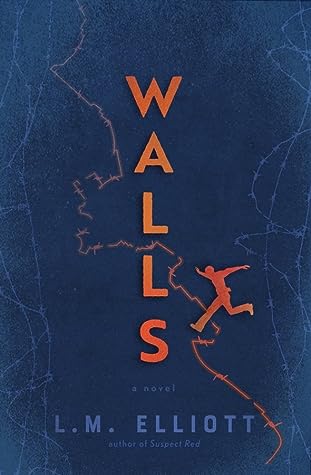 Title: Walls
Author: L.M. Elliott
Published by: Algonquin Young Readers
Released: July 27, 2021
Source: Review Copy Provided by Publisher
Goodreads     Amazon
Synopsis: Drew is an army brat, a hotshot athlete poised to be his high school’s star pitcher, when he has to move for the sixth time in fifteen years—this time to West Berlin, where American soldiers like his dad hold an outpost of democracy against communist Russia in Hitler’s former capital. Meanwhile, in East Berlin, his cousin Matthias has grown up in the wreckage left by Allied bombing during World War II, on streets ruled by the Communist Party’s secret police.
From the opposing sides of the Cold War, Drew and Matthias begin to overcome the many ideological walls between them to become wary friends. They argue over the space race, capitalism, socialism, and even the American civil rights movement, and bond over rock ’n’ roll—music outlawed in Matthias’s part of the city. If Matthias is caught by the Stasi’s neighborhood spies with the records or books Drew has given him, he will be sent to a work camp for “re-education.” At the same time, Drew’s friendship with the East Berlin Jugend—who ardently spout communist dogma—raises suspicions about his family’s loyalty to America. As the political situation around them gets all the more dire, Drew and Matthias’s loyalty—to their sector, their countries, their families, and each other—will be tested in ways that will change their lives forever.
Set in the tumultuous year leading up to the surprise overnight raising of the Berlin Wall in August 1961, and punctuated with real-life photographs, headlines, and personalities of the time, Walls brings to vivid life the heroic and tragic choices of the Cold War. (Synopsis from Goodreads)
My Thoughts: I learned a lot from this book and really enjoyed my time doing it. It covered an area of history that I never really knew a lot about, the Berlin Wall. I feel like I should know more about it because I have family that came from Germany. I've heard my mom talk about how her grandma would exchange letters with the family in Germany, and the letters she got back would be full of black marks. I've heard how an uncle was arrested, and they never saw him again. It happened to real people, but it all seemed so far and distant from me. It was a really interesting and scary time period and topic to cover in a novel, and I enjoyed learning about it.
I also really loved the incorporation of the photo journal that supplemented the story. I'm a fan of mixed media formats. I loved looking at all the pictures, and it just made this book even more unique of a story.
I really enjoyed this story. I really enjoyed how it brought the history of the Berlin Wall to life by showcasing two characters who lived on opposite sides. It was good and I'd definitely recommend it. 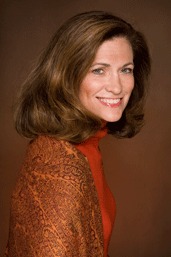 L.M. Elliott was an award-winning magazine journalist in Washington, D.C., before becoming a New York Times bestselling author of historical and biographical young adult novels. Her works include Under a War-Torn Sky, Suspect Red, and Hamilton and Peggy.
Thank you for checking out my Blog Tour Stop for Walls by L.M. Elliott. Thanks so much to Algonquin Young Readers and L.M. Elliott for letting me be a part of the tour. This book taught me some stuff. I'd definitely recommend giving it a read.
Posted by ashleysgotbookcitement at 8:00 AM